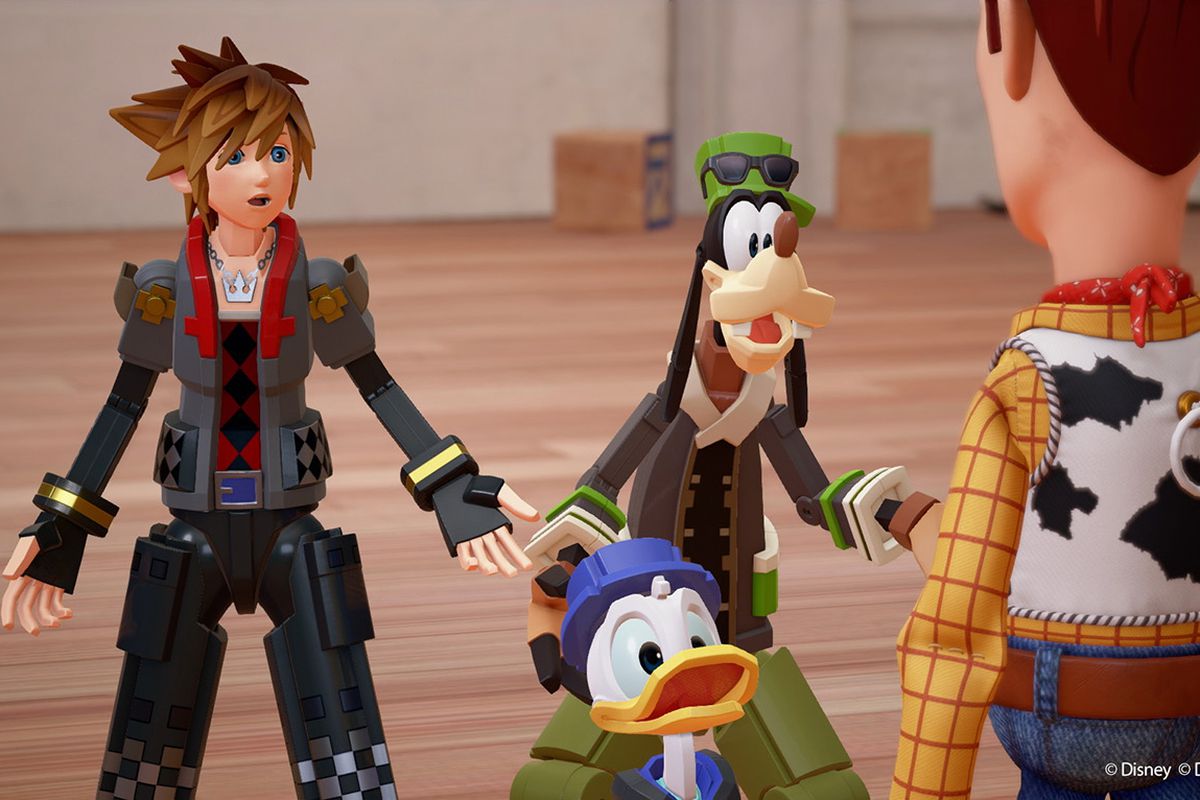 Square Enix’s Kingdom Hearts 3 has been in the works for more than 12 years, and now we’ve finally got a release date in January of next year. To celebrate the final stretch, the publisher brought not one or even two, but three distinct trailers to E3 this year. It showed off one at each of the big press conferences, including one at Sony’s this evening that confirmed a Pirates of the Caribbean world with Johnny Depp’s Jack Sparrow and Orlando Bloom’s Will Turner. Another confirmed a world based on Disney’s Frozen.
That said, we still have no idea what’s happening here. Kingdom Hearts 3 looks chaotic, colorful, and a ton of fun, but as far as plot goes, it’s anybody’s guess. The world of Kingdom Hearts is one of the most confounding fantasy plots in the history of gaming, and it’s looking like Square Enix isn’t pulling any punches when it comes to its signature blend of bizarre role-playing fantasy plotlines and absurd Disney mash-up elements. That said, maybe if you watch all three repeatedly, you’ll be able to glean some details about where this saga is headed.

VIEW ALL POSTS BY admin

Sony just showed off the first trailer for Capcom’s remake of Resident Evil 2, which sees Leon Kennedy and Claire Redfield struggle to survive into a zombie-overrun Raccoon City. The trailer doesn’t feature live gameplay, but it’s entirely 3D-rendered; the game apparently moves away from the pre-rendered backdrops of the original game as well as the […]

Exclusive to Sony’s PS VR platform Dark Souls and Bloodborne creator From Software is making an exclusive virtual reality game for Sony’s PlayStation VR platform called Déraciné. The game was officially unveiled at Sony’s PlayStation E3 keynote this evening in Los Angeles with a teaser trailer. From the admittedly short glimpses of it, Déraciné looks like a will be a substantial departure […]